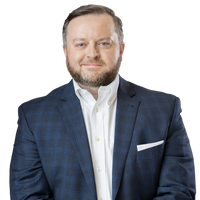 Todd joined Gordon Asset Management in 2012 after previously working in retirement plan recordkeeping and administration. At GAMLLC, Todd's core duty is to oversee the retirement plan services division of the firm. Todd is also deeply involved in helping to form and drive strategic initiatives for the broader firm. Todd hosts & produces the Gordon Asset Management Podcast (www.gampodcast.com). For his positive contributions to the firm, Todd was named Partner in 2021.

Fun fact: Todd was a guitarist in a band rated "The Best Band In Detroit" in 2002.